For the past several years, AGRA Watch has worked closely with our allies to challenge the Gates Foundation’s efforts to push legislation through the Ugandan Parliament that will enable the commercial production of genetically engineered crops. The Gates Foundation and its grantee, the Cornell Alliance for Science, have aggressively pushed the government to allow GE crops and particularly the “biofortified” banana. In 2017, the Ugandan Parliament passed a Biosafety Bill that would allow GE crops, but the President sent it back with concerns about protecting indigenous crops. Now in 2018, the Ugandan Parliament has passed a new bill, the Genetic Engineering Regulatory Act, which makes clear what the subject of this law is. The Bill is a major win for civil society, because it includes clear protections for farmers by ensuring benefit sharing a strict liability for the corporations marketing and developing genetic engineered seeds. The Gates Foundation, its grantees and subsidiaries continue to push countries to an industrial agenda in Africa and new technologies that will consolidate control over food and agriculture. But today, we celebrate a major win for our allies! 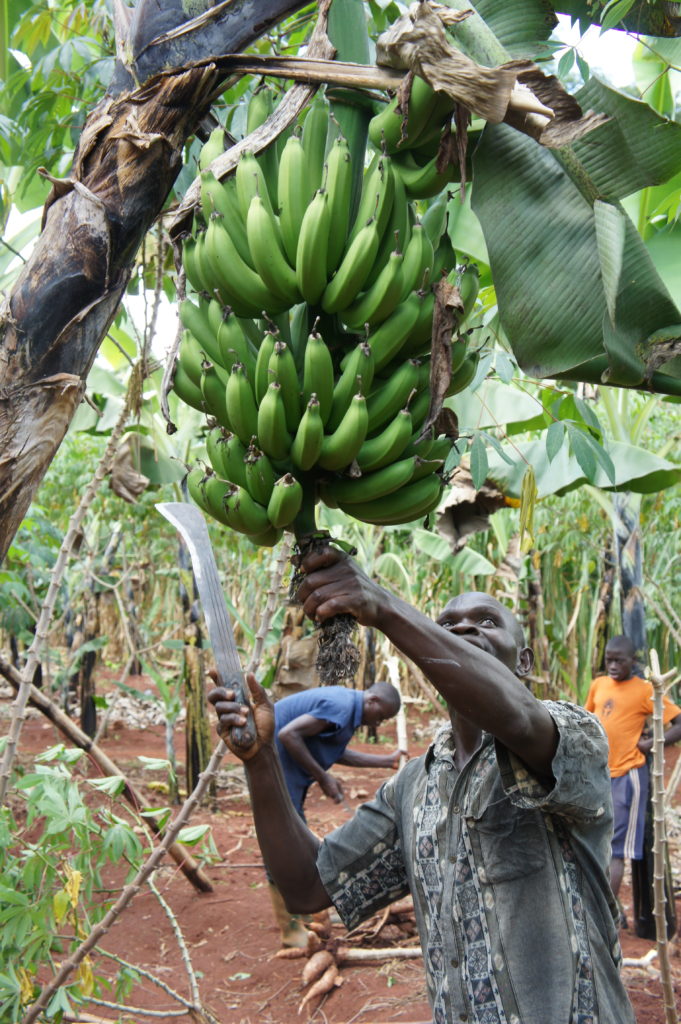 These concerns were also raised by His Excellency the President of Uganda in his letter to parliament on Dec. 21st 2017

Over the last 12 years, CSOs and other Non-State Actors in Uganda have cautioned the Government’s decision to introduce and promote GMOs in our farming and food systems; as has been reflected in the various versions of the National Biotechnology and Biosafety Bill 2012 -passed by Parliament on October 4, 2017; The National Biosafety Act, 2017 and on November 28, 2018 passed again as the Genetic Engineering Regulatory Act 2018

Our long-standing concerns with the contents of the law and the manner in which it was being developed to introduce GMOs in our agricultural sector. These were compromising the rights of small holder farmers who are majority of those in the agriculture sector. Right Food, Right to a clean Environment, sustainable development, sustainable diets and biodiversity of crop, animal, fisheries and insects and the growing economic market potential of organic products in the Global market.

These concerns were reteriated by the President in his letter to the speaker dated December 21, 2017 emphasizing “naming of the Law- Biosafety Act while it actually talks about Genetically Modified Organisms. The Rights of Ugandan farmers that have for generation after generation have developed, managed, conserved and preserved the country’s genetic resources of crops, animals,  herbs, insects and fish,  total contamination of the farming system due to unregulated random introduction of GMOs all over, protection of the organic materials,  use of poisons and dangerous bacteria as inputs in genetic engineering,” protection of indigenous varieties and breeds, protection of consumers, the competent authority to oversee the provisions of the Law and labelling.

Our concerns and indeed those of the President are global concerns about genetic engineering that is why the Cartagena Protocol that emphasizes the precautionary principle an Uganda is a signatory.

Fellow Ugandans and concerned Stakeholders, regarding the law that was passed on November 28th 2018, the following critical clauses were inserted or clarified which  to our best thoughts can provided some safeguards to you, our farming and food systems, our biodiversity, the environment and the economic opportunities secured in the organic and GMO free  markets.

The critical clauses in the Genetic Engineering Regulatory Act are as follows;

The advancement of modern biotechnology requires precautionary approach in addressing safety issues. Uganda is a party to the Cartagena Protocol which mandates  states to take regulatory measures even if there is no certainty of the harm occurring. This is because of the nature of the technology which presents adverse risks. Previously, the liability and redress system was vaguely defined to give protection to GMO developers promoting their technologies and thereby ignoring the rights of farmers

This provision has been included in our law. Basically, strict liability states that whoever introduces a GMO shall be legally responsible for any damage caused as a result of the product or a process of developing it. This clause is very essential as it is of such clauses that  operationalizes the precautionary principle which is a key tenet of the Cartagena Protocol to which Uganda is a signatory.

This clause will ensure that our knowledge, ecosystems, health and nutrition are protected.  It also importantly protects the indigenous knowledge systems or technologies of our communities here in Uganda.

By renaming The National Biosafety Act, 2017 and its previous versions of the National Biotechnology and Biosafety Bill to the Genetic Engineering Regulatory Act, 2018, the essence of the bill has been captured and aptly represents the contents of the bill which is GMOs and its regulation.

This clause protects the rights of the communities since time in millennia who have developed, shared and saved indigenous seed. Africa is facing an onslaught of GMO developers who take indigenous seed and patent them without recognizing the rights of farmers. Therefore this provision protects the right to fair and equitable sharing of benefits arising from the use of genetic resources through a benefit sharing agreement.

A comprehensive labelling and liability traceability system is key feature of any biosafety law. Labelling should includes relevant traits and characteristics given with sufficient detail to enable traceability. A clause has been introduced in the new law that products should be labelled “contains genetically engineered material.” This will help consumers exercise their right to choose products free from GMOs.

Effluent/ run off from GMO material should never mix with organic materials and the farmers are protected with this clause. There are several cases in countries where GMO has been commercialized and farmers have been penalized for contamination of GMOs.

This clause is important in order to prevent contamination by effluent and environmental damage caused by genetic engineering activities.

A provision that provides for an independent council known as The National Genetic Engineering Council which will be domiciled at the discretion of the President. This is a welcome provision and ensures that the promoters of GMOs are not the same people who will regulate the development of genetic engineering in the country.