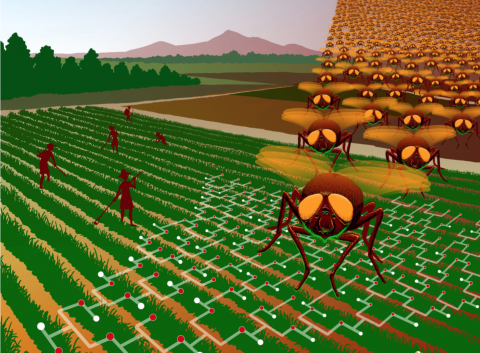 Controversy erupted on the international stage at the recent 2018 UN Meetings on Biological Diversity, where civil society groups including CAGJ called for a global moratorium on any release of engineered gene drives, citing the need to apply the precautionary principle. But what are gene drives, and how could they affect our food and farming systems? And what is their connection to GE mosquitoes, soon to be released in Burkina Faso in 2019?

CAGJ’s AGRA Watch Campaign and Food Justice Project collaborated to compile these resources about gene drive technology and it’s implications on our food system. Check them out below to learn more!