Read the Report-Back and watch the video of our April 9, 2019 screening of Salmon People & Discussion with leaders featured in the film, including Valerie Segrest and President Fawn Sharp.

We are thrilled to share this film! Watch “Salmon People” (just under 4 minutes), share it widely, and check out the Study Guide and resources to Take Action below!

SALMON PEOPLE: The risks of genetically engineered fish for the Pacific Northwest from New Canoe Media on Vimeo.

Salmon is a cultural and ecological keystone species in the Northwest, making the approval of GE salmon a distinct point of concern for communities in this region. Northwest tribes and tribal members have voiced strong concerns around the potential impacts of corporations producing and distributing GE salmon, and have initiated political opposition at state and national levels in response to the biotech firm, AquaBounty Inc.’s submission for approval to market GE salmon in the U.S. The film tells the story about why we should reject GE salmon from the perspective of NW tribal leaders, and features Valerie Segrest – Muckleshoot Food Sovereignty Project, Fawn Sharp –  President of the Quinault Nation, and Louie Ungaro, Muckleshoot fisherman and tribal council member.

We are grateful for the generous support from the Muckleshoot Tribe Charity Fund Grant Program. 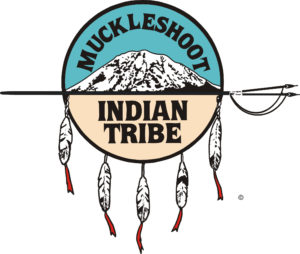