Earlier this fall, CAGJ found out that our long-time Kenyan partners would be making a trip to the west coast, and we jumped on the opportunity to have them visit us in Seattle. Samuel and Peris Nderitu, the founders of G-BIACK: Grow Biointensive Agriculture Centre of Kenya, and their two children Keith and Anet joined us for several days, during which we hosted a community potluck, exchanges with Black-led urban gardens and farms, and discussions about our work together. 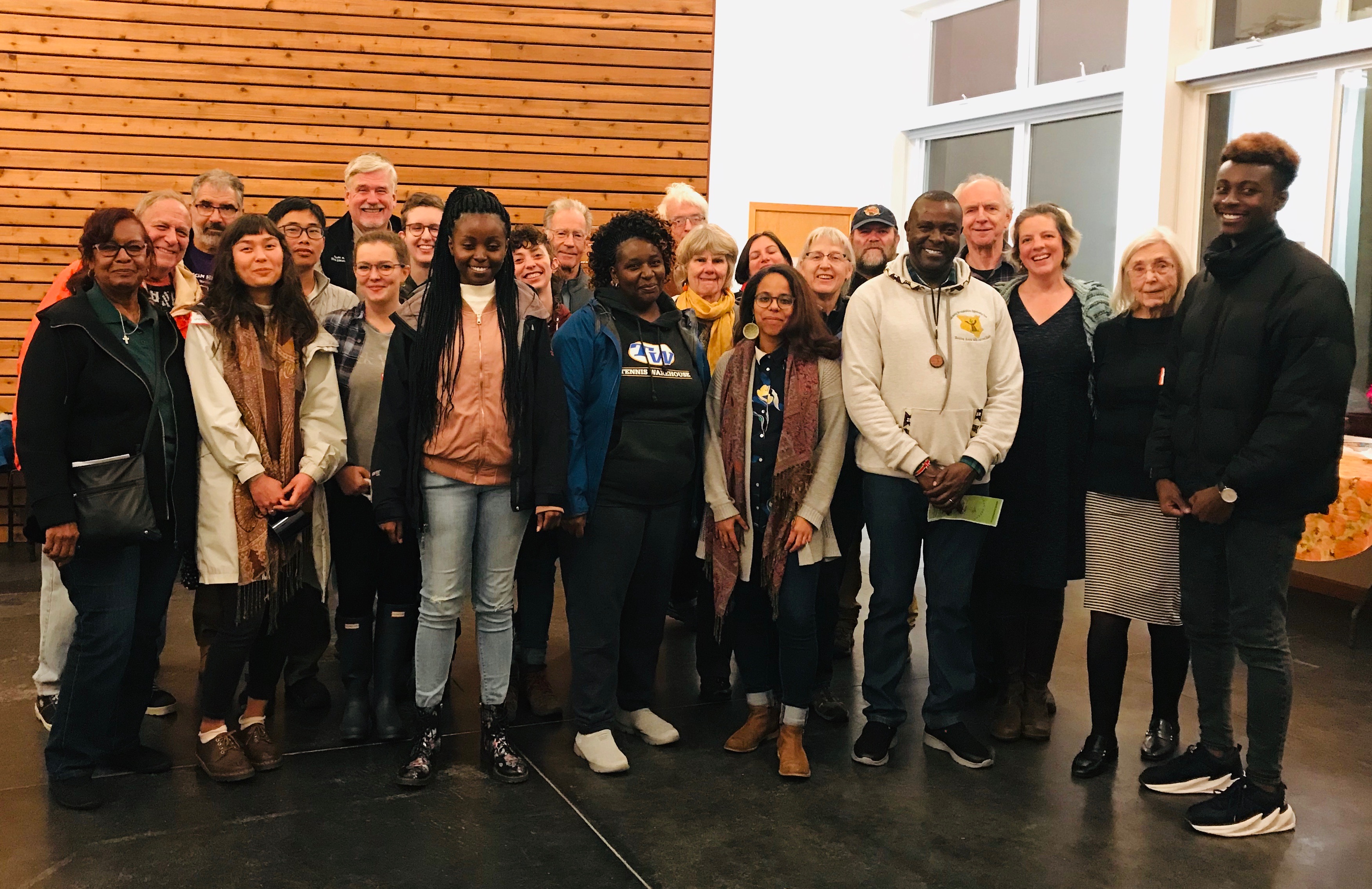 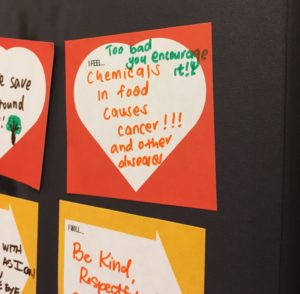 Bringing a message to the Gates Foundation

On October 17, 30 people joined our community potluck to break bread together and learn from the Nderitu family about their agroecological and empowerment work. Samuel and Peris presented about how G-BIACK gives extensive training in biointensive agriculture methods to farmers, especially young women, on how to grow as much diverse food as possible within a small amount of land, to feed communities and generate income. G-BIACK has trained thousands of Kenyans who have started over 50 satellite farms and over 70 other farming projects in their communities, including orphanages, schools, hospitals, and other places. Their goal is to start satellite centers in every region of Kenya. Young women are trained in off-farm activities as well, such as bead work, cooking, and sewing, which they view as a part of food sovereignty in order to create income for people to buy seeds and start gardens. Community members engaged in dialogue with the Nderitu’s about the lack of land access resulting from British colonialism,and G-BIACK’s efforts to save indigenous seeds that are being lost due to the influence of neocolonial policies pushed by the Gates Foundation and multinational corporations.

In his presentation, Samuel stated that Bill Gates is the most powerful man in Africa, to some surprise from the audience; when Gates speaks, the powerful listen. The family took the opportunity to investigate the Gates Foundation’s narrative around agricultural development in Africa in a visit to the Gates’ Discovery Center. While there, they sent a message about the impacts of agricultural chemicals that the Foundation pushes on Africa’s food system.

The Nderitu family also visited Wakulima Farm located in Des Moines, founded by two Kenyans who focus on crop production with immigrants from east and central Africa. Ray Williams of the Black Farmers Collective gave the Nderitus a tour of Yes Farm at Yesler Terrace and Nurturing Roots Farm at the Black Power EPICenter in south Beacon Hill. They also had the opportunity to meet with Got Green’s Food Access Team at their new community garden in Beacon Hill, where they shared their knowledge about soil and planting with the team, and gave feedback on their garden plans. It was a special visit for everyone, and we were glad to help facilitate connections to Black-led food sovereignty and food access projects in Seattle. 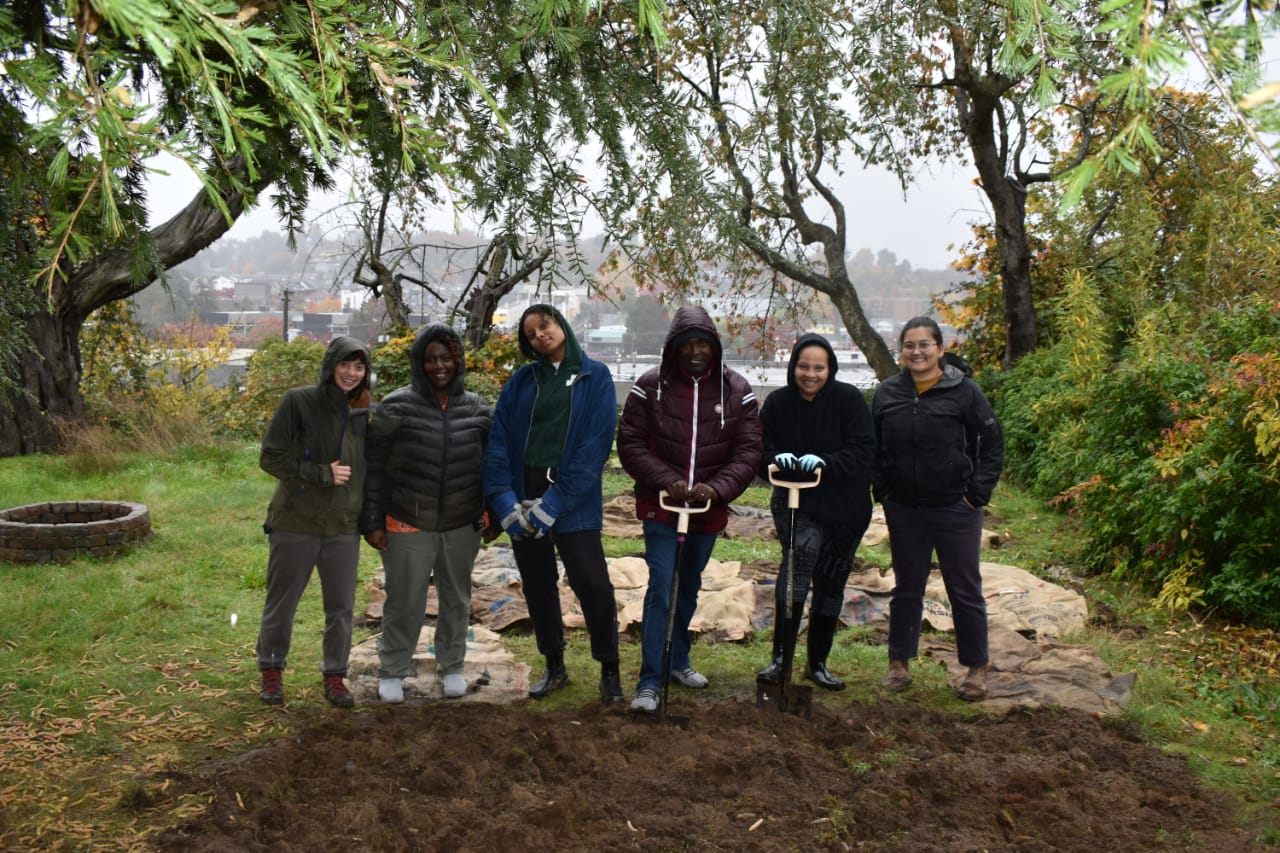 Simone, Samuel and Peris with the Food Access Team of Got Green at their community garden

Before the Nderitu’s departed for their training at Ecology Action in Willits, CA, they got to do some local sight-seeing and Simone had fun hanging out with Keith and Anet. After a home-cooked meal, we discussed future collaboration between AGRA Watch/CAGJ and G-BIACK. One ask was for us to reach out to our networks for resources about open-pollinated varieties (OPVs) of seeds, in an effort to push back against the domination of hybrid seeds in the Kenyan market by Bayer/Monsanto and the biotech/seed industry. Please let us know if you have resources about OPV seed collection and cultivation to share with G-BIACK!

If you didn’t get a chance to donate to G-BIACK at the potluck, please make a donation on the Killili Self-Help website. Follow G-BIACK’s work here: http://www.g-biack.org/