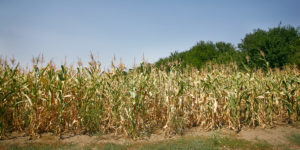 After more than 10 years of fighting Monsanto’s drought-tolerant maize project, the South African Minister of Agriculture upheld the decision to reject Monsanto’s application for commercial cultivation; the decision came after the failure of the GM varieties to increase yield under drought conditions. Yields from the GM varieties were inconsistent, and even lower than conventional maize in some cases.

Under the Water Efficient Maize for Africa (WEMA) project, backed by the Gates Foundation, traits like drought-tolerance are being promoted as the latest biotechnological solution to climate change and hunger. The project is being implemented in South Africa, Kenya, Tanzania, Uganda, and Mozambique and claims to offer the drought-tolerant GM varieties to smallholder farmers as a climate-smart solution.

According to Mariam Mayet, Director of the ACB: “The data exposes the twisting and manipulation of science by Monsanto to promote sales of their ineffective, reductionist GM products for complex environmental, political and socio-economic challenges, such as climate change and poverty.”