AGRA Watch leaders are traveling to Senegal next week to participate in the Alliance for Food Sovereignty in Africa (AFSA) General Assembly, as well as AFSA’s 2nd African Food Systems Conference! We are humbled to have been invited to apply for Associate Membership in AFSA; our application will be considered at the Assembly. Many of our longtime partners will participate in both gatherings. CAGJ staff Heather Day and Simone Adler along with Bill Aal, AGRA Watch Co-chair, will travel to Senegal.

The 3 day African Food Systems Conference is very intriguing. We are particularly excited that the conference is using methodologies based on art to facilitate the process, including drawing, painting, preparing  and cooking food, drama, poems and storytelling.

“The conference will explore the complexity, diversity and nutritional value of African food systems and launch an action plan and declaration for change for better food systems geared towards the general public and policymaking bodies including the African Union and the Regional Economic Communities. The first two days will focus on five thematic areas. On the third day, the participants will join with the participants of an organic agriculture conference which follows the food systems event.” 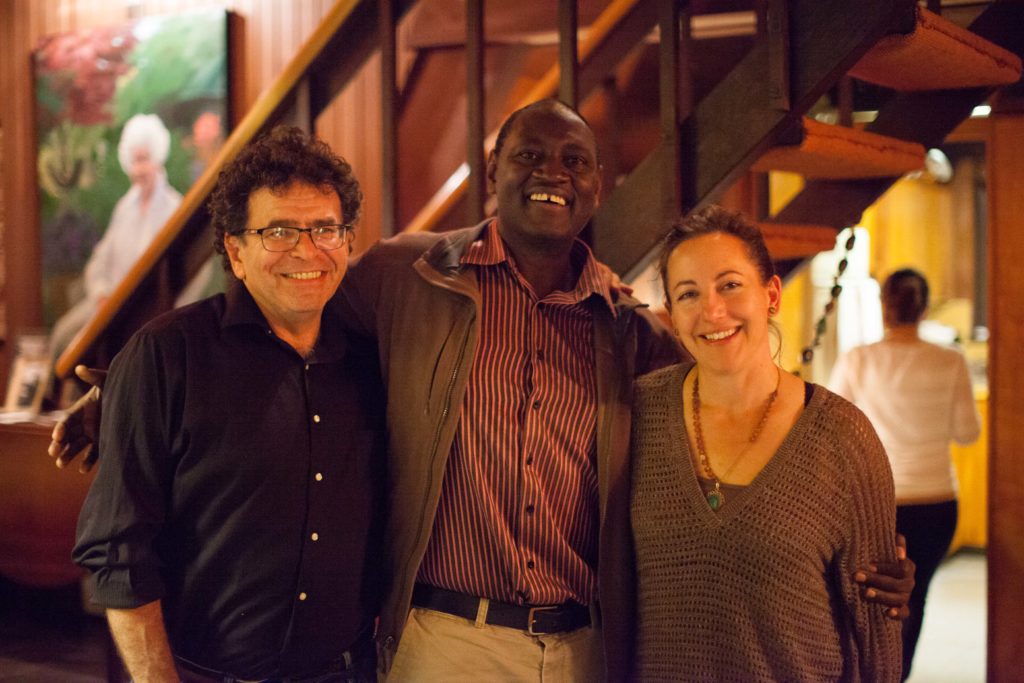 Today CAGJ’s Organizing Director Simone Adler arrived in Kenya for meetings over the next week with two of our longtime partners, Daniel Maingi with Kenya Food Rights Alliance and Samuel and Peris Nderitu with GBIACK – Grow Biointensive Centre of Kenya. AGRA Watch developed these partnerships in 2009 when CAGJ’s Director, Heather Day, and her husband and AGRA Watch researcher, Travis English, traveled to Kenya to study AGRA and farmers promoting agroecology. Since then we deepened our working relationship with Daniel when he participated in the 2014 Africa-US Food Sovereignty Strategy Summit in Seattle, when we had the opportunity to collaborate at the 2016 UN Conference on Biological Diversity in Mexico, and through ongoing consultations. We were able to support GBIACK by nominating them for the Food Sovereignty Prize in 2011, when they won Honorable Mention. We have always had the intention of returning to visit these organizations, to witness their work on the ground, get a more nuanced understanding of the challenges they face, and how we might support their work moving forward.  We are very grateful to have the opportunity to send Simone in advance of the AFSA meetings in Senegal next week!

We have multiple goals for our trip, including to document and amplify the African food sovereignty movement in action. In particular we aim to tell farmer and activist stories, to contribute to greater understanding of their struggles and victories. So stay tuned for our publications over the next year!

In the coming two weeks we will publish several blog posts, and you can follow our trip through photos on CAGJ and AGRA Watch Facebook pages as well.

We want to say THANK YOU to the generous donors who funded our trip, including Swift Foundation.