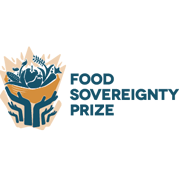 CAGJ is proud to be co-hosting the award ceremony for the 8th annual Food Sovereignty Prize at Town Hall on Saturday October 15, and very excited to announce that our parters in AFSA – Alliance for Food Sovereignty in Africa – were awarded the prize, along with Farmworker Association of Florida!  Register for the event now at this link, and please forward widely!

SEATTLE, WA, August, 31 2016 ­– The US Food Sovereignty Alliance (USFSA) is pleased to announce the honorees of the eighth annual Food Sovereignty Prize:  the Alliance for Food Sovereignty in Africa (AFSA) and the Farmworker Association of Florida (FWAF). The honorees were selected for their success in promoting food sovereignty, agroecology and social justice to ensure that all people have access to fresh, nutritious food produced in harmony with the planet.

Lauded as an alternative to the World Food Prize, the Food Sovereignty Prize champions real solutions to hunger and is recognized by social movements, activists and community-based organizations around the world. The 2016 honorees are strident in their resistance to the corporate control of our food system, including false solutions of biotechnology that damage the planet while exacerbating poverty and hunger. Their programs and policies support small-scale farmers and communities, build unified networks, and prioritize the leadership of food providers, including women, farmworkers, peasants, indigenous peoples and other marginalized communities within the system.

“Hunger is not a technical problem, it’s a political problem,” said John Peck, Executive Director of Family Farm Defenders and US Food Sovereignty Alliance member.  “Small farmers have had the solution to hunger for millennia in agroecology and food sovereignty.”

“The Borlaug and Gates Foundations and multinational corporations like Monsanto promote biotechnology because they profit from it. Ask the millions of farmworkers, family farmers and family fishermen feeding their communities what they need and they will tell you:  access to land, clean water and their own seeds,” noted Diana Robinson, Campaign and Education Coordinator at the Food Chain Workers Alliance and US Food Sovereignty Alliance member.

The Alliance for Food Sovereignty in Africa (AFSA) was founded in 2008 by a group of activist networks and launched in Durban, South Africa, during the 2011 alternative people’s climate summit, organized to counter the UN Framework Convention on Climate Change Conference Of the Parties 17 talks (COP17). AFSA brings together organizations representing smallholder farmers, pastoralists and hunter/gatherers; indigenous peoples; youth, women and consumer networks; people of faith; and environmental activists from across Africa. Together they advocate for community rights and family farming, promote traditional knowledge systems, and protect natural resources. In the face of increased corporate agribusiness interests threatening their food systems, including massive land and water grabs, the criminalization of seed-saving practices, and false solutions to climate change such as so-called “Climate-Smart Agriculture”, AFSA unites the people most impacted by these injustices to advance food sovereignty through agroecological practices, policy work and movement-building efforts.

Bern Guri, The Alliance for Food Sovereignty in Africa’s chairperson, noted, “Africa has a myriad of ways to feed her people and to keep her environment safe. However, a few international corporations from the global North have generated approaches strictly for their own profit by misleading our leaders and our people, stealing our seeds and culture, and destroying our environment.”

For AFSA it is clear that the way forward will allow food producers, supported by consumers, to take control of production systems and markets to provide healthy and nutritious food. Facing the many ecological, economic and social challenges in today’s world requires an urgent transition to agroecology to establish the ecologically sustainable, socially just and nutritious food systems of the future, and it can be done through the collective, inclusive and democratic co-generation of the knowledge held by farmers, consumers, researchers and African governments, who are meant to serve the interests of their (farming) populations.

The Farmworker Association of Florida (FWAF), founded in 1986, has a long-standing mission to build power among farmworker and rural low-income communities to gain control over the social, political, workplace, economic, health and environmental justice issues affecting their lives. Their guiding vision is a social environment in which farmworkers are treated as equals, not exploited and deprived based on race, ethnicity, immigrant status, or socioeconomic status. As members of the world’s largest social movement, La Via Campesina, FWAF is building collective power and a unified force for providing better living and working conditions, as well as equity and justice for farmworker families and communities.  This includes building leadership and activist skills among communities of color who are disproportionately affected by pesticide exposure/health problems, environmental contamination, racism, exploitation and political under-representation while lifting up women’s wisdom and leadership.

“Farmworker families pay the greatest price in the corporate food system of today.  They work in fields of poison and exploitation so that people can easily access cheap foods,” explained Elvira Carvajal, Farmworker Association of Florida’s lead organizer in Homestead, Florida. “We have a vision to bring together the community around the art of healing with good food and herbs, which is part of our culture.  We practice agroecology in the community by sharing the knowledge we bring from our grandparents, our mothers, our families, our ancestors.  The meeting of cultures that happens in the gardens, where we grow our own food without chemicals, and sharing plants and traditions and knowledge across generations is a beautiful thing.  I am proud of our own people practicing food and seed sovereignty.”

US Food Sovereignty Alliance members Community to Community Development and Community Alliance for Global Justice will host the prize for the first time in the Northwest, welcoming the 2016 Honorees and Alliance partners from across the country to Seattle and Bellingham for several days of activities and actions. The prize ceremony will take place on Saturday, October 15th at 6pm at Town Hall  at Eighth and Seneca in Seattle.

For event updates and more information on the prize and this year’s winners visit www.foodsovereigntyprize.org, follow the Food Sovereignty Prize at facebook.com/FoodSovereigntyPrize and join the conversation on Twitter (#foodsovprize).

About US Food Sovereignty Alliance

The US Food Sovereignty Alliance (USFSA) is a US-based alliance of food justice, anti-hunger, labor, environmental, faith-based and food producer groups that upholds the right to food as a basic human right and works to connect our local and national struggles to the international movement for food sovereignty. The Alliance works to end poverty, rebuild local food economies and assert democratic control over the food system, believing that all people have the right to healthy, culturally appropriate food produced in an ecologically sound manner. Learn more at usfoodsovereigntyalliance.org.