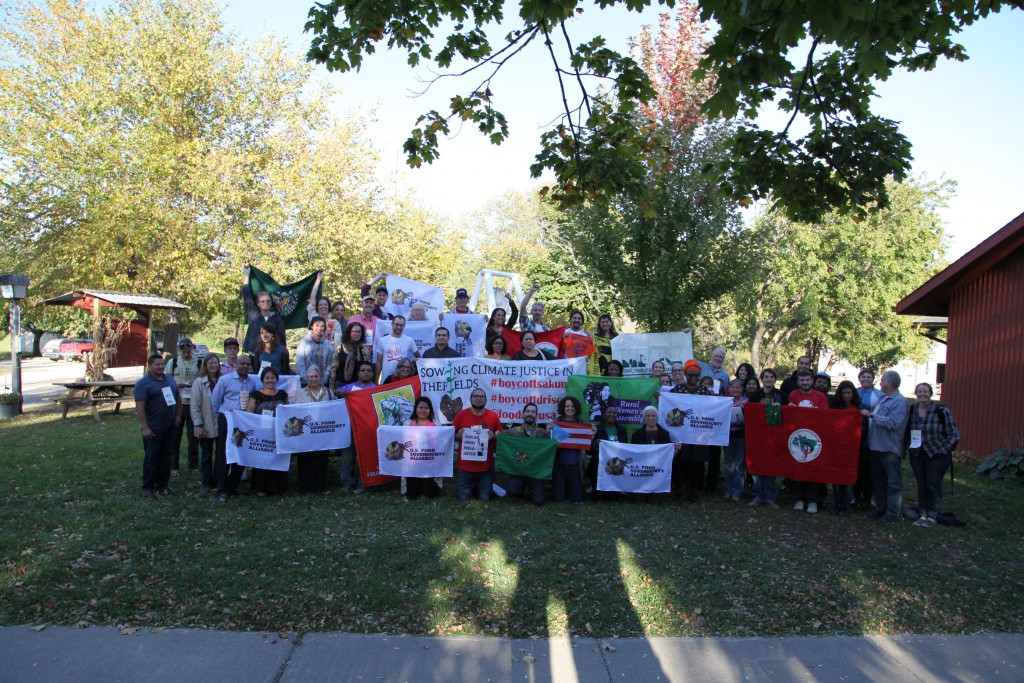 On October 12 – 15, 2015 CAGJ’s Director Heather Day and members Ross Kirshenbaum, Jenny McIntosh and Emma Shorr traveled to Iowa to participate in the 3rd national Assembly of the US Food Sovereignty Alliance, and to witness the Food Sovereignty Prize being awarded to the Federation of Southern Cooperatives and Black Fraternal Organization of Honduras (OFRANEH), to whom CAGJ had the honor of presenting the prize, along with Community to Community and Grassroots International.

See photos of the Assembly!

Below find a treasure trove of articles published during the week leading up to the Food Sovereignty Prize about the two honorees.  More blog posts to come by CAGJ members!

“Our Lands Are Critical to Our Lives”: Afro-Indigenous Honduras Defend Land and Food Sovereignty, by Beverly Bell, published October 8, 2015 on Daily Kos.

Black Farmers’ Lives Matter in the United States and around the World, published October 13, 2015 by ActionAid.

Food Sovereignty Honorees Show ‘There is Another Way to Fight Hunger’, by Deidre Fulton, published October 14, 2015 on Common Dreams.