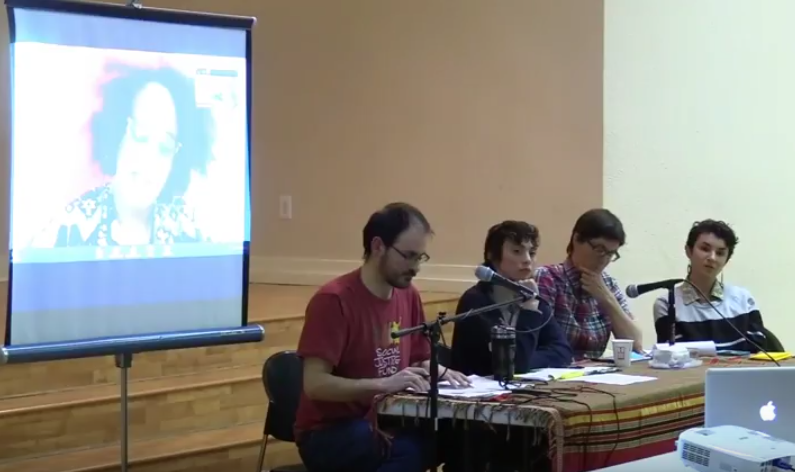 On Tuesday March 13th, 2018, over 100 people came out to the Southside Commons to learn about how philanthropy affects society from food sovereignty to education and healthcare. Organized by AGRA Watch and Social Justice Fund NW, the event included a panel and interactive activities. Attendees gained new understandings of how conventional models of philanthropy are rooted in capitalism, and prioritize corporations and control over communities. We call this philanthrocapitalism, and we believe it’s damaging to the communities it purports to serve. 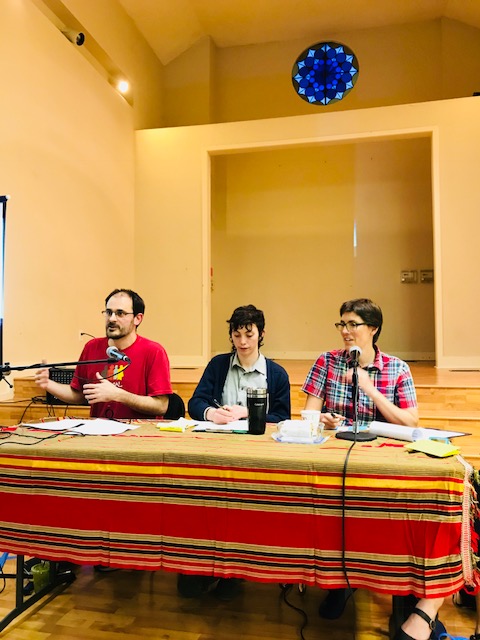 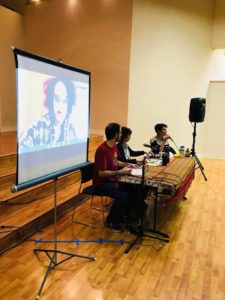 Solomé laid out a straightforward definition of philanthrocapitalism as “a set of practices that center the market, are entrenched in neoliberalism, offer technologies as the solution, and privatize social change”. As she emphasized, philanthrocapitalist models are not accountable to the people or any government. Thousand Currents funds and builds relationships with organizations and movements led by women, youth, and Indigenous Peoples in the Global South. Solomé said that key to their work, and to social justice philanthropy, is an emphasis on long-term relationships. 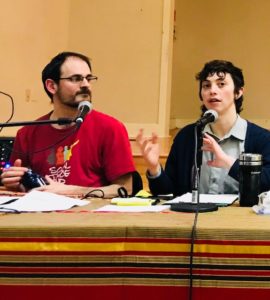 Simone broke down how the capitalist business model is advertised as the solution to hunger. The Bill and Melinda Gates Foundation invests more money in global health programs than any government, is the leading funder of GMO research worldwide, and actively funds public relations initiatives that influence public policy on agriculture. Through its funding of the Alliance for a Green Revolution in Africa (AGRA) the Foundation lays the groundwork for large agribusiness corporations to control food systems across Africa, and demonstrates the continuation of colonialism on the continent. Simone explained that GMO seeds and industrial farming are not the solution to hunger; the solution is farmer-driven food sovereignty and agroecology. Poor folks and communities know best the tools and seeds they need, but when they are not invited to the table, philanthrocapitalism becomes the development model itself. Social justice philanthropy is an important part of sustaining the food sovereignty movement to support community self-determination.

Ruth told us about how Resource Generation organizes young people with wealth and/or privilege to redistribute land, wealth and power, and supports them and their families in moving money to grassroots social justice movements. RG, they said, wants to change structures and systems, and holds that “philanthropy ends poverty, while we want to end wealth”. Ruth told us about RG’s story-based approach, which encourages constituents to tell stories about their own or their family’s wealth accumulation, understanding that accumulation is often a product of extraction and injustice. This story-telling aims to move folks with wealth from a place of guilt or shame about that wealth to a place of action, redistribution, and solidarity. Ruth also shared exciting new models of financial investing, a sphere that is conventionally accessible only to the very wealthy and is never truly “socially responsible”. They described new grassroots investment projects and prompted us to think about “being invested” instead of simply “investing”.

Likewise, Burke identified how the “giving project” model at Social Justice Fund works to change systems instead of keeping wealth, power, and control concentrated in the hands of few. In their giving projects, SJF gathers cohorts of people from across class and race identities to meet with community organizations, read through grant applications from those orgs, fundraise from their networks, and ultimately grant hundreds of thousands of dollars. The cohorts go through education and training about racism, classism, privilege etc. to become organizers themselves and ensure that their granting comes with a critical lens. Central to this model are collective decision making and trust that grassroots organizations know how to best use resources, especially when they’re led by the communities most impacted by injustices. This upends the narrative of control and concentrated power inherent to philanthrocapitalism. 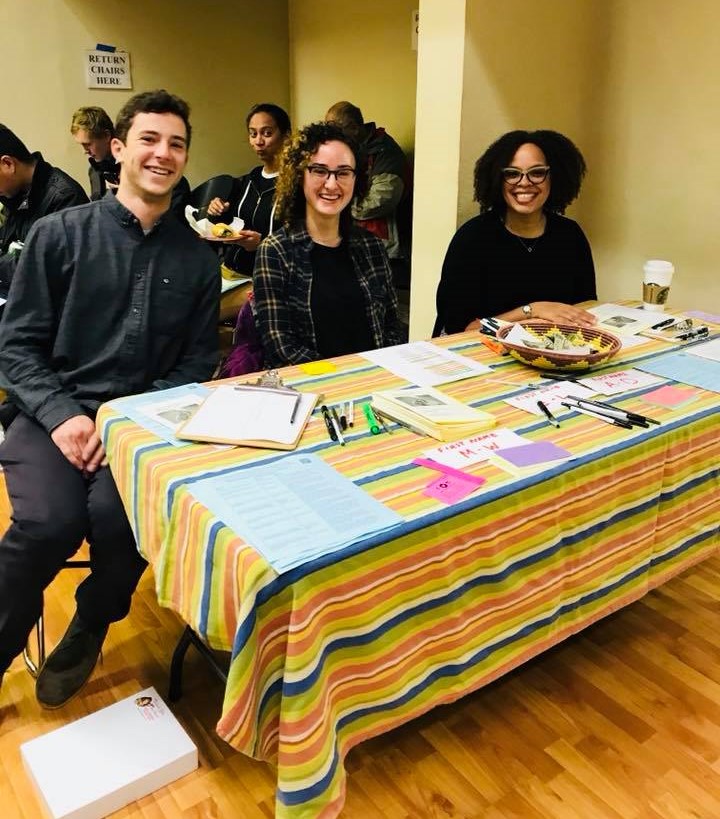 Thank you so much to everyone who worked hard to organize this important event, to the Community Partners who helped us publicize, and for everyone who showed up to support – you all contributed to a successful and inspiring community gathering! 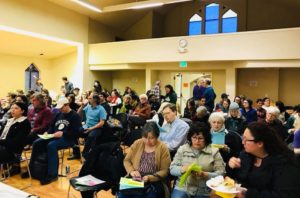 Take Action and Get Involved

There are many ways to get involved in our various organizations and start challenging philanthrocapitalism.

CAGJ will be hosting a Report-Back event from our South Africa-US Agroecology Exchange on Monday, April 9th. To learn more about AGRA Watch, come to the Campaign Training on Sunday, May 6th from 3-5:30pm (rsvp for more info: agrawatch@cagj.org). Later this spring, CAGJ will premiere a new documentary on the threats of genetically-engineered salmon in collaboration with the Muckleshoot Food Sovereignty Project.

If you want to learn more about how Resource Generation organizes young people with wealth towards redistribution, you can check out the website or meet with a member of the Seattle chapter! If you’re interested in what Ruth said about being invested, you can find lots of resources at the Regenerative Finance website.

Social Justice Fund runs giving projects year-round! You can get involved and learn more about past projects and grantees on their website. Their site is also a great resource for learning about grassroots social justice organizations in the Northwest.