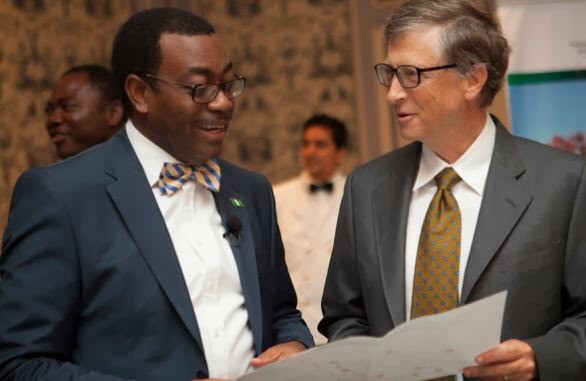 SEATTLE, WA October 17, 2017 – This week is dedicated to acknowledging food and agriculture on a global scale. October 16 has been designated World Food Day by the United Nations Food and Agriculture Organization to promote awareness about hunger and food security, and has been reclaimed by the grassroots movement promoting Food Sovereignty, “the right of peoples to healthy and culturally appropriate food produced through ecologically sound and sustainable methods, and their right to define their own food and agriculture systems,” (as defined by the Declaration on Food Sovereignty from Nyéléni, Mali). The Food Week of Action encourages reflection and advocacy for food justice October 15-22.

Also this week, the Iowa-based World Food Prize (sponsored by Big Ag and industry groups including Monsanto, Syngenta, Dow Chemical and Walmart) will award a quarter of a million dollars to an individual who has contributed to the industrialization of the food system, emphasizing yield increase through genetic engineering and biotechnology, and policy that favors corporate agriculture. Alternatively, the US Food Sovereignty Alliance (USFSA) awards the Food Sovereignty Prize to grassroots organizations working for a more democratic food system by promoting Food Sovereignty, agroecological farming, and social justice to ensure that all people have access to fresh, nutritious food produced in harmony with the planet. The USFSA is a national alliance of food justice, anti-hunger, labor, environmental, faith-based and food producer groups.

This year the 9th annual Food Sovereignty Prize is awarded to Zimbabwe Small Holder Organic Farmers Forum (ZIMSOFF), a small farmer-led movement focused on local seed saving in southern Africa, and Northwest Atlantic Marine Alliance (NAMA), a fisherfolk-led organization working at the intersection of marine conservation and social, economic and environmental justice. The honorees are being awarded for their communities’ resistance to corporate control of the food system, including false solutions like biotechnology that damage the planet while exacerbating poverty and hunger. The Prize ceremony is being live-streamed today, October 17, at 9am PST and will be live-recorded for later viewing.

The 2017 World Food Prize is awarded to Dr. Adesina of Nigeria, President of the African Development Bank, who played a critical role in developing the Alliance for a Green Revolution in Africa (AGRA). Adesina is recognized by the Prize for instituting several initiatives whose aim was to make African farmers  embrace agriculture as business. At the ceremony announcing the 2017 Laureate, hosted by the US Department of Agriculture, Adesina stated, “We must give hope and turn agriculture into a business all across Africa to create wealth for African economies. The World Food Prize gives me an even greater global platform to make that future happen much faster for Africa.”

Adesina’s career is lauded for his achievements in promoting fertilizer use, commercial bank lending to farmers, and increasing access to chemicals and hybrid seeds via agro-dealers. These programs  are the hallmarks of AGRA, who is funded primarily by the Bill and Melinda Gates Foundation. The Gates Foundation has funded the World Food Prize since 2009, granting nearly $1.5 million.

AGRA is a multi-billion dollar initiative to increase production of major food crops through Western-style plant breeding and energy intensive inputs. AGRA Watch, a Seattle-based campaign of Community Alliance for Global Justice that works closely with farmer networks in Africa, condemns the World Food Prize being awarded to Dr. Adesina because of the role AGRA has played in securing African agriculture as a resource pool for the Global North. Through testing and financing genetically-engineered and “improved” varieties of traditional food crops, and influencing national legislation on regulating GMOs, AGRA’s impacts across the African continent have come at the cost of farmer self-determination and Food Sovereignty. This model of agricultural development threatens traditional seed saving and undermines communities’ rights to produce sustainable and culturally appropriate food.

In stark contrast to the World Food Prize, the international recipient of the 2017 Food Sovereignty Prize, Zimbabwe Smallholder Organic Farmers Forum (ZIMSOFF), is the voice of over 10,500 peasants struggling for social justice and food sovereignty across Zimbabwe. ZIMSOFF’s main objective is empowering farmers themselves, especially those who work on a small scale, in developing strategies that lead to the reduction of poverty. The organization encourages and promotes adoption of sustainable technologies, development of value added products, and transition to organic farming. It influences policies and public awareness on agroecology and farmers rights, with particular attention to the participation and leadership of rural women and youth.

The AGRA Watch campaign will be highlighted at the 11th annual Strengthening Local Economies Everywhere (SLEE) Dinner this Saturday October 21st, an annual fundraiser hosted by Community Alliance for Global Justice. Food Sovereignty Prize honorees ZIMSOFF and NAMA will be acknowledged as the dinner celebrates the critical work of small farmers and fisherfolk in building agricultural systems that work for them and their communities. Dinner attendees will be invited to send a message to the Gates Foundation, World Food Prize, and agribusiness companies with whom they partner that Food Sovereignty is the solution to world hunger.