Skip to content
Despite our demands, Costco isn’t listening. GMO salmon is a risk to our 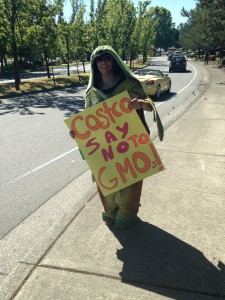 environment, especially wild salmon, and to our health. But Costco wants to leave the door open, and still hasn’t made a firm commitment to not sell GMO salmon if it’s approved by the FDA. Costco is a major retailer of salmon and seafood, and also prides itself on being a leader in organic food. We want Costco to be consistent, listen to top scientists, and fishermen and help keep GMO salmon off our plates and out of the environment. On July 9th, join people from all over the country to call Costco and tell them to stand up as a leader and say no to GMO salmon!

I am asking that Costco to listen to me and make a strong and real commitment to not sell GMO salmon, even if approved by the FDA. By refusing to listen to the science and insisting on keeping the door open, Costco will risk losing its credibility as a reputable store and my business as well. Costco says it “has no plans,” but has also left open the possibility that it may decide to sell GMO salmon if the FDA approves it. Don’t leave the door open to being the GMO salmon store. Listen to your customers and commit to not sell GMO salmon.