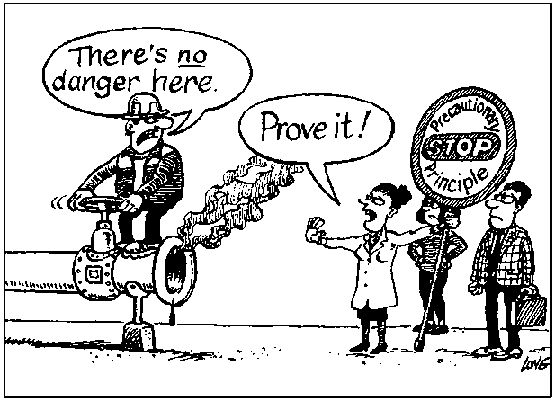 All of CAGJ’s work is predicated on the failure of powerful actors—governmental, corporate, philanthropic—to adequately assess the consequences of their policies, especially in a democratic manner which would involve the participation of those most affected. Progressive groups have consistently fought for a notion of a Precautionary Principle before such actions. In light of a recent story in The New York Times about persons born with disabilities due to their mothers’ usage of the drug thalidomide, CAGJ member Phil Bereano co-authored this Letter to the Editor to highlight the historical importance of what was a successful struggle in the fight to regulate pharmaceutical companies.

Your important article “Thalidomide’s Legacy” (Katie Thomas, ScienceTimes, March 24) provides a valuable look at the consequences of the corporate pursuit of profits above all else. However, contrary to the overall thrust of the article, the regulation of thalidomide was a major success in the annals of administrative law. It is the outstanding example of the application of the Precautionary Principle in regulatory law and is also “An Untold Story of Thalidomide” (to use the heading of your “Inside the Times” feature).

In the 1950s a precautionary approach had not yet been developed in Europe but did exist in all but name in US law, dating back to the 1930s. In assessing the safety of new drugs, precaution required the applicant for approval to assume the burden of proof. It is simply “look before you leap.”

The first application for approval of thalidomide was made in the US in September1960 and came across the desk of a former family doctor named Dr. Frances Oldham Kelsey. Kelsey had only recently taken the job of reviewing requests to license new drugs at the Federal Drug Administration.  Kelsey is merely mentioned in passing in your article, yet she is a true American hero for preventing the widespread use of thalidomide in the U.S.   She used the precautionary rule as her legal basis for requesting more information from the Merrell drug company. The company complained that she was harassing them.

In February 1961 Kelsey read a letter in the British Medical Journal expressing concern about effects on the arms and legs of newborns (phocomelia) in connection with their mothers’ use of thalidomide. Apparently this information had already emerged in Europe, but the company was not required to include it in their submissions to the FDA.

Then in November 1961, conclusive evidence was reported on the link between thalidomide and phocomelia and Merrell withdrew their application for approval, while, as the article notes, the FDA tried to track down the samples that had been circulated.

In 1962, the Kefauver Harris “Drug Efficacy Amendment” to the Federal Food, Drug, and Cosmetic Act was passed. This means that the FDA expanded the precautionary approach, requiring the effects of new drugs to be tested before they are put on the market; the burden of proof for efficacy, as well as the acceptability of risks (“safety”) remains on the industry, not the agency or consumer groups.

Subsequently Europe has adopted the Precautionary Principle in its environmental and consumer safety laws, but ironically in the decades since the Reagan administration elevated the interests of corporations above public health and safety –a position followed by all subsequent administrations, Democratic as well as Republican– the US has largely abandoned the application of precaution in its regulatory measures.

The current concern over possible misuse of malaria drugs to fight the Coronavirus shows that constant vigilance must be maintained in order to protect public health. Dr Kelsey died in August 2015 at 101 and should be remembered as making a major contribution to the well-being of the American public.