Students should continue to question the ethics of the Cornell Alliance for Science
Written by Fern Anuenue Holland for The Cornell Daily Sun
Summarized by Becca Fogel, AGRA Watch Intern

A recent statement by former Cornell Alliance for Science fellow Julia Feliz and a subsequent letter in solidarity describe how the Alliance is impacting people of color and undermining social justice. In Hawai’i, where community members have been organizing to pass pesticide regulations, CAS fellows have been trying to impede their work for years.

As sugar plantations started to leave Hawai’i in the 1980s in search of cheaper labor, large biotechnology corporations moved in, and by 2015, biotech seed crops were the second largest acreage grown in the state. In Kauaʻi, the majority of this land, sprayed with some of the most toxic pesticides, is located near the largest concentrations of Native Hawaiians. 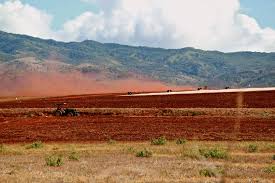 After two separate incidents in 2006 and 2008 when students and teachers in a nearby school experienced acute health issues, organizers in Kauaʻi began to advocate for “right to know” legislation, including “requirements that the agrochemical industry disclose what they were spraying.” In 2013, as organizing efforts expanded, Cornell Alliance for Science fellows began online smear campaigns attacking the credibility of impacted community members, criticizing those raising concerns about pesticide exposure as “anti-agriculture, “anti-fact”, or “ignorant, anti-science demagogues.” Despite these attacks, community organizers passed county-wide pesticide regulations in 2013, but they were soon overturned in court by the biotech industry. Organizing began again for state-wide pesticide regulation in Hawai’i. The Cornell Alliance for Science responded by launching a chapter in Hawai’i in December 2016.

Finally, in June 2018, the Governor of Hawaiʻi signed Act 45 into law, requiring “mandatory disclosure of restricted use pesticides usage…buffer zones around schools, a drift monitoring study and most notably the nation’s first ban on the brain-damaging insecticide, chlorpyrifos.” This victory stands in the wake of years of unrestricted pesticide use, impacting the lives of the entire community. The actions and attitudes of Cornell Alliance for Science, are undermining the rights of marginalized communities of color in its program and around the world.