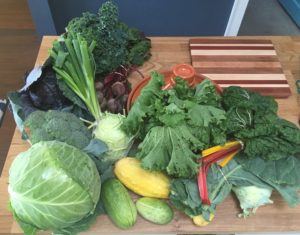 The sun blazed overhead as I followed the rural roads winding along the Snoqualmie River in Duvall, WA. I soon spotted my destination: Clean Greens Farm, where I’d be spending the day working and learning alongside the farmers and other volunteers as part of a Teach-Out organized by CAGJ.

I was especially excited for this event, since my family signed up to be members of Clean Greens’ CSA this summer. Our weekly boxes have been brimming with a huge variety of delicious veggies, including summer squash, beets, tomatoes, broccoli, cucumbers, cabbage, and greens of all types (collards, mustards, chard, kale).

The farmers, Tom and Venice, began by welcoming us and giving a brief history of the farm’s evolution. Clean Greens 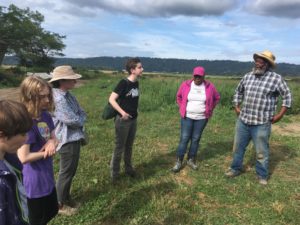 began when one of the founders, Reverend Jeffrey, was faced with health issues and decided to drastically change his diet. Now, the farm grows a huge amount of food on just a few acres of land, which is sold at its market stands in the Central District and at Harborview Medical Center. The vegetables are priced affordably in order to further their mission of making healthy food accessible to everyone, especially those living in food deserts where fresh produce isn’t readily available.

We took a walk to the back fields, where we quickly got to work weeding the collards, mustards, and turnips. The sun beat down on us, but the weeds came out easily (well, except for those pesky thistles!) and working together, we managed to make a lot of progress in a relatively short amount of time. 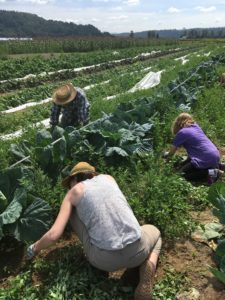 The “before” shot as we started weeding the collards 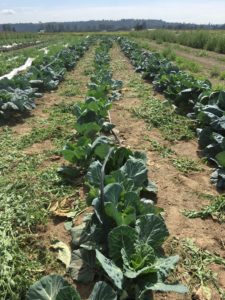 The same rows after weeding!

As we worked, we talked with the farmers, and learned that Tom and Venice volunteer several days per week with Clean Greens even though they also have their own farm to manage. In fact, most of the farm’s operations are volunteer-led, which says a lot about the inspiring strength of its vision. 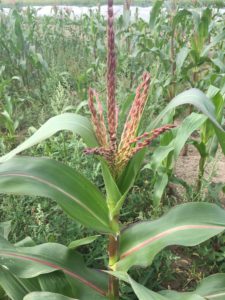 Over lunch, we discussed how this farm relates to food sovereignty in our region. Clean Greens has its own very centralized market, and provides food directly to consumers. This allows them to have personal relationships with their customers, and the specific locations they serve put them at the forefront of wider issues facing Seattle, such as gentrification of the historically black Central District. But it also puts power back in their hands: the power to grow culturally relevant foods and build connection within their communities in a way that no grocery store chain ever could. 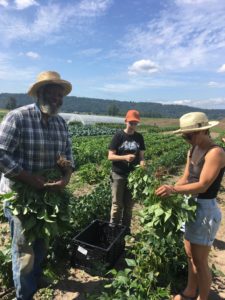 After doing a bit more weeding, we headed down the road to a neighbor’s farm, where we picked over 100 pounds of green beans to be donated to the Rainier Valley Food Bank. 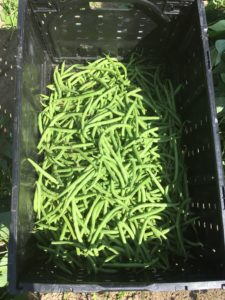 Though the day was very productive, in a way it felt like many things were left unfinished. There is still so much to be done, after all. The weeds will keep growing, the collards will need harvesting, the produce will need to be delivered and sold at market stands.

And that’s only part of it, because this tangible farm work is rooted in a much larger goal, one that seeks to dismantle the institutional racism embedded in the food system. By mobilizing volunteers and support within the communities it serves, Clean Greens is creating an alternative food system: one that values health and well-being at every level, from the soil to the people.

You can help further Clean Greens Farm’s mission by making a donation, visiting one of their market stands, joining their CSA program, or signing up to volunteer. Your support goes a long way in continuing the fight for food justice in our region. 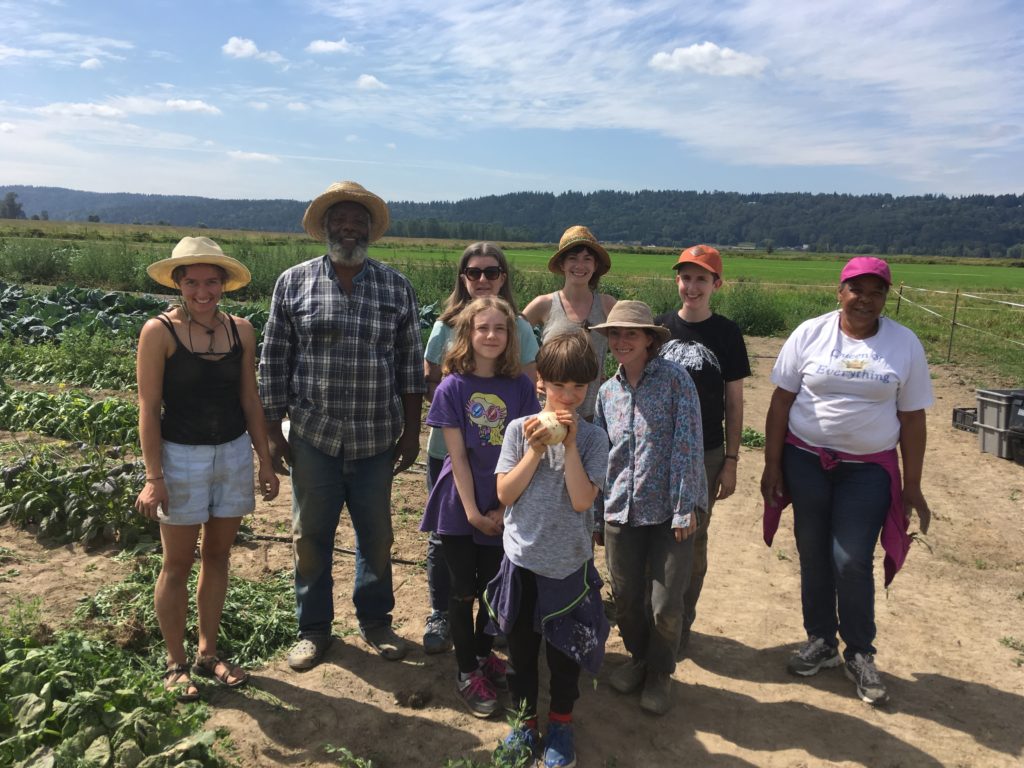