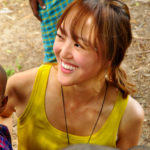 Youjin Chung wrote this article for AGRA Watch at the request of Heather Day, CAGJ’s Director, who wanted to learn more from Youjin about her research related to AGRA in Tanzania. Youjin will be teaching in the Geography Department at Clark University starting this Fall.

Much of ethnographic fieldwork is about getting used to uncomfortable situations or negotiating the contradictions embedded in everyday life that often leave us feeling curious, uneasy, and at times, outraged. Over a period of 18 months between 2013 and 2016, I was based in Tanzania’s Coast Region, investigating the intersectional politics of a large-scale agricultural land deal for commercial sugarcane production, signed between the Tanzanian government and a Swedish investor. While I spent the lion’s share of my time in the countryside/sugarcane concession land, I also travelled often to Dar es Salaam to keep myself abreast of new developments and emerging debates in agricultural policy circles.

One of my many uncomfortable ethnographic experiences included being a participant observer at an Alliance for Green Revolution in Africa (AGRA) policy workshop in October 2015. I felt uncomfortable not only because the workshop took place in a lavish five-star hotel in Dar es Salaam beyond the reach of ordinary Tanzanians, but also because there were no smallholder farmers physically present at the meeting. And yet, they were ubiquitous in the presentations and remarks made by donor agency representatives, agricultural scientists, and government officials. High-profile political figures iterated AGRA’s vision of “triggering a Green Revolution that was uniquely African,” and many speakers emphasized the need to “improve the incomes of smallholder farmers” in Tanzania. And yet, no one questioned who the nation’s smallholder farmers were, how they perceived and experienced Tanzania’s agricultural transformation agenda, and why they were nowhere to be seen at the workshop.

When I probed the AGRA Tanzania Country Coordinator about this in an interview a few weeks after the workshop, he said I was asking a “tricky question.”[1] He continued:

Funny enough, we don’t work with farmers. They are not our grantees. Our grantees are research stations, seed companies, non-government organizations doing development. And they pledge to us that they are going to reach so many farmers. If you ask AGRA on how we work with smallholder farmers, it’s very tricky.[2]

But as our conversation went on, it was evident that he considered smallholder farmers to be marginal to what he considered to be successful agricultural transformation in Tanzania. He said:

We want to make agriculture more profitable than driving pikipikis and bajajis (motorcycle and three-wheeled motor cart taxis, typically driven by young Tanzanian men). Transformation means people going back to villages to be employed as workers, not farmers… If you talk about the economy of Taiwan, Vietnam, Indonesia, that’s how they transformed. They transformed the farming communities into business entities.[3]

Commercial business interests in Tanzania’s agricultural sector have been increasing since the beginning of neoliberal economic reforms in the 1980s. However, the introduction of AGRA in 2006/7 and the slew of agricultural policy initiatives that emerged in the wake of the global food crisis in 2008 officially placed the private sector in the driver’s seat of agricultural transformation in Tanzania.

One of the first national agricultural initiatives that emerged in the post-2008 period was Kilimo Kwanza (Agriculture First), proposed by the former President Jakaya Kikwete and approved by the Tanzanian Cabinet in August 2009. It was a resolution that outlined the nation’s vision for a “Green Revolution” to transform agriculture into a “modern and commercial sector.”[4] It was also Kikwete’s response to the World Economic Forum’s New Vision for Agriculture, introduced earlier in the year to promote “market-based solutions to activate public and private investments” in agriculture worldwide, in partnership with over 30 multinational corporations, including BASF, Bayer, Bunge, Cargill, Dupont, Heineken, Louis Dreyfus, Monsanto, Nestlé, PepsiCo, Syngenta, Unilever, Wal-Mart, and Yara.[5]

One year later in 2010, Kikwete launched the Southern Agriculture Corridor of Tanzania (SAGCOT) to put Kilimo Kwanza “in motion.”[6] SAGCOT was the first large-scale initiative in the history of the nation to explicitly promote public-private partnerships as an approach to national agricultural development. Its intended geographical area covered one third of mainland Tanzania, from the coastal plains to the central valleys to the southern highlands. By 2030, it aimed to bring 350,000 hectares of land under commercial production; transform 10,000 smallholders into commercial farmers by encouraging them to participate in outgrower schemes linked to large-scale plantations and mills; create 420,000 new jobs in the agricultural value chain; and generate USD 1.2 billion per annum in revenues from agriculture.[7] And two years following the launch of SAGCOT, Kikwete introduced yet another initiative, called Big Results Now (BRN) to accelerate national economic growth in six priority areas, including agriculture. Through BRN, the Tanzanian government aimed to establish 25 new commercial farm deals across the country for paddy rice and sugarcane by 2015/16 (although not a single deal has been signed or implemented as of January 2018).

It is important to highlight that the momentum for Kilimo Kwanza, SAGCOT, and BRN grew rapidly in tandem with other high-profile agricultural initiatives at the regional and international level. These include Grow Africa, launched in May 2011 by the World Economic Forum in partnership with the African Union and NEPAD (New Economic Partnership for Africa’s Development) to create a “market-based platform” for increasing private sector investments in African agriculture.[8] The first Grow Africa meeting was hosted by none other than President Kikwete in Dar es Salaam in November 2011. In May 2012, he subsequently announced that the Tanzanian government’s cooperation with the New Alliance for Food Security and Nutrition—a joint initiative between the G8 (under the US presidency), African governments, private corporations, philanthropic foundations, and development agencies that aimed “to catalyze responsible private sector investment” in African agriculture to lift 50 million people out of poverty by 2022.[9] The New Alliance put Tanzania on a pedestal as a “showcase for public-private partnership in agricultural growth” in Africa,[10] although there had been hardly any concrete evidence to support such claim.

What was the most unusual about the emergence of initiatives like Kilimo Kwanza and SAGCOT, however, was the fact that the Tanzanian government had completely bypassed the usual process of national agricultural policymaking, which typically involved the Ministry of Agriculture, Food Security, and Cooperatives[11] and donor agencies operating in Tanzania. Instead, Kilimo Kwanza came about as a direct result of discussions among domestic agribusiness elites and commercial farming classes, facilitated by the Tanzania National Business Council, a quasi-autonomous state institution housed under the Prime Minister’s Office and Chaired by the President.[12] Arguably, these originators of Kilimo Kwanza anticipated that there would be tremendous profits to be made in the agricultural sector—whether through actual production or speculative investment—in the face of rising global food prices.

The idea for SAGCOT, on the other hand, was sown externally by the Norwegian fertilizer giant, Yara International.[13] Yara had pitched the concept of ‘agricultural growth corridors’ first at the United Nations Private Sector Forum in New York in 2008, and later to the President Kikwete in October 2009, who eventually bought the idea. With the financial support from the Norwegian government, the concept note for SAGCOT was released at the World Economic Forum on Africa in Dar es Salaam in May 2010. Soon after, the SAGCOT Investment Blueprint was unveiled at the World Economic Forum in Davos in January 2011 by President Kikwete and the CEO of Unilever, a major corporate partner of SAGCOT along with other big food and agrochemical companies, including Diageo, DuPont, General Mills, Monsanto, SAB Miller, and Syngenta. The production of the Investment Blueprint itself was financially supported by the United States Agency for International Development (USAID), AGRA, the Norwegian Embassy, and multinational agribusinesses sitting on the Executive Committee of SAGCOT.

The consecutive births of Kilimo Kwanza, SAGCOT, Grow Africa, the New Alliance, and BRN between 2009 and 2012—and the tremendous financial and political resources that are continuously being mobilized towards them–signal a dramatic shift in the political economy of development in Tanzania. The nation’s agricultural transformation agenda is moving further and further away from realizing food sovereignty and supporting the livelihoods and lifestyles of smallholder farmers. Instead, it is increasingly moving towards incentivizing corporate and finance capital to maximize their returns from large-scale agro-industrial investments and by subsuming smallholder farmers and other small-scale rural producers into a corporate food system.

Realizing such neoliberal, corporatist, and technocratic vision of agricultural development, however, is predicated upon a major restructuring of land tenure arrangements in the countryside. In other words, in order for the Tanzanian government to bring 350,000 hectares into commercial production by 2030, it would first have to make such kind of land available. This would require expropriating land from rural villagers and the consolidating their small parcels into large contiguous tracts in order to make land investible for corporations, bankers, business elites, and commercial farming classes. Currently, village lands constitute approximately 70 percent of all land in Tanzania, and it is home to hundreds and thousands of smallholder farmers, landless workers, pastoralists, and other rural dwellers. Tanzania’s Green Revolution, as it is currently envisioned, will inevitably entail massive population displacements and dispossessions with significant cultural and socioecological costs for both present and future generations.

Land access is inherently about power. As one government official concerned about Tanzania’s agrarian future admitted to me in an interview: “When you talk about land in Tanzania, you are talking about people fighting for life, fighting for control.” Indeed, land is life, livelihood, dignity, and social reproduction for the majority of the nation’s populations. “It means everything,” as farmers in the Coast Region frequently reminded me.

The fact that none of the BRN commercial farm deals have been materialized to date suggest that there are fundamental conditions that defy easy commodification of land and labor. Indeed, after a decade of stop-and-go developments, the sugarcane project that I had been investigating in the Coast Region ultimately collapsed. Fundamental to this failure has been the politics of land, including the historical contestations over land control, the incommensurable ontologies and valuations of land, and the everyday gendered forms of resistance against land enclosures. Building a movement for healthy, just, and resilient food systems, then, must begin with critical examinations of the power relations that shape land access for different groups of peoples and communities in particular places and times.

[11] In 2016, the MAFC was renamed the Ministry of Agriculture, Livestock, and Fisheries.