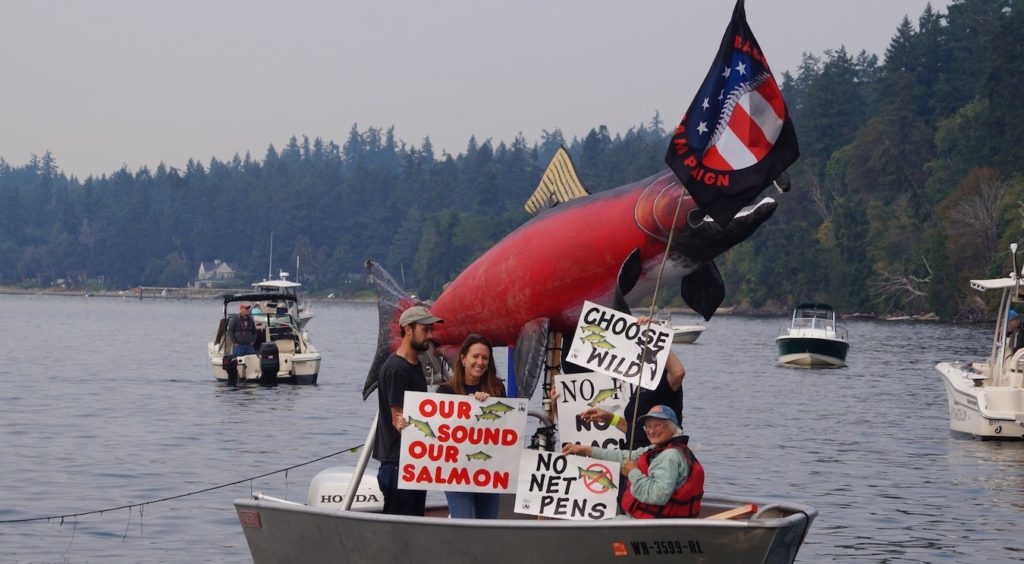 Thank you for your calls and emails to your state representatives last week! The bill to phase out net pen fishing has made it through the House and is being sent to Governor Inslee to be signed. The Executive Director of Futurewise, Christopher Wierzbicki reported that the bill “…prevents the renewal, extension, or new leases of non-native fish pens, phases out current leases, and provides for a study on how to further protect aquaculture”.

Local fisherman Peter Knutson of Loki Fish Co. posted an update on the situation: “Good news: bills have passed both the State House and Senate which mandate phase-out of open net pen Atlantic salmon facilities. When signed by the Governor, this will be of global import. Salmon-based communities in BC are watching this closely. Bad news: Despite Fish and Wildlife assurances that the escapees were healthy, all the Cypress Island escaped Atlantic salmon tested by both the state and an independent lab have been proven to carry a Norwegian-origin fish virus, highly transmissible to wild salmon.” He disputes a Seattle Times article claiming the viruses are not harmful to salmon.

Learn more in an interview Knutson gave last week with Mike McCormick on KEXP 90.3 on the battle to ban Atlantic salmon net pen farming in Washington state. (To Listen to the interview, select Sat Feb 10, Mind Over Matters, and choose 7:30AM.)