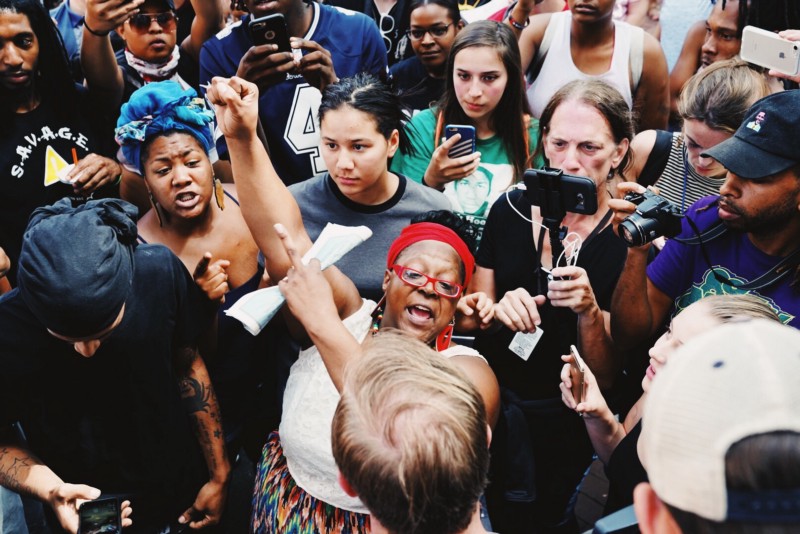 Community Alliance for Global Justice stands in solidarity with the activists who experienced horrific violence carried out by white supremacists throughout last week’s acts of domestic terrorism in Charlottesville, Virginia. As an anti-racist organization, CAGJ’s work for food sovereignty and justice are dependent on the success of the Black Lives Matter movement and the eradication of white supremacy, anti-Semitism, and fascism from our society. The corrupt food systems that we challenge every day in our activism for healthy, ethical, and sustainable food are directly linked to the history of slavery and racism being confronted right now in Charlottesville.

We must understand the linkages that build our movement: our unsustainable and unjust food systems are based in the physical and political exploitation of black people in this country. For hundreds of years, oppressive slave labor and indentured servitude formed the backbone of the US agricultural economy and created a platform for the privileges Americans benefit from today. Currently, our agricultural economy and food systems continue to be buoyed by people of color, especially immigrants, at their expense. We must step up to condemn and change policies that are complicit with white nationalism, anti-Semitism, and other forms of racism and xenophobia. To better understand how food justice links with racial justice, we’ve included some helpful resources below.

As white supremacists use violence and hate to target our communities of black and brown people, indigenous people, immigrants, queer and trans people, Muslims, Jews, and other marginalized groups, we strongly encourage members of our Food Justice Project, and activists across CAGJ’s organizing, to participate in rooting out the racism that underlies our struggle for food sovereignty and fair local and global economies.

In solidarity with the on-the-ground work in Charlottesville, the organizers there have asked for your support with the eight actions (outlined below). We pledge to continue standing with you all against racism in all its forms as we build the future we wish to be a part of.

P.S. Tomorrow, SAT Aug 26, there is a Black Lives Matter March Against Hate and Racism at 6pm leaving from Westlake Park. We hope you will show up to unite against racism, hate, and intolerance in our city. More details on the Facebook event.

Charlottesville organizers ask you to take these 8 actions: