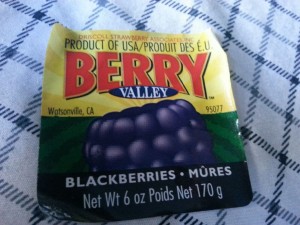 Farmworkers in Skagit County, Washington have declared a boycott against Sakuma Brothers Farms’ products after failing to resolve an ongoing labor dispute. The farm, which makes over $6.1 million in profits, is one of the largest in the region. Yet for the past decade, farmworkers in the Skagit Valley have struggled with this employer over the basic conditions of their labor.

On July 10, farmworkers began striking after Frederico Lopez was fired and evicted for complaining about wages. In an effort to get their colleague rehired, farmworkers refused to return to work the day after.  What began as a show of solidarity with their fellow worker quickly escalated into a labor dispute over the full range of harsh conditions that farmworkers face.

Over the past month, the farmworkers have quickly learned the basics of organizing. After failing to win better wages through their initial two-day strike, they formed Familias Unidas Por La Justicia, an organization with a democratically-elected committee to represent their grievances to management. In response, the growers hired private security, media and employment consultants, all in order to break the strike. The measures taken by the growers increased the resolve of the farmworkers, who are now demanding a valid contract for future labor.

The major sticking points of dispute have revolved around wages and incoming guestworkers. Wages for farmworkers are paid through the piece-rate. The piece-rate is determined unilaterally by employers based on a range of conditions from the ripeness of fruit that workers will be picking to the conditions of the field. This system of payment is beneficial to farmers because it encourages workers to work as quickly as possible, often without shade, water, or breaks for the bathroom. However, the piece-rate is inherently discriminatory because some workers earn higher wages than others, even when they work the same number of hours and with the same effort. Currently, farmworkers are earning around just 18 cents per pound of strawberries, even though the strawberries sell in local stores for five dollars.

Wages are also subject to constant fluctuation in response to growers’ needs. Farmworkers not only find out the piece-rate as they are working, but they do not know when they will work or for how long until the day before they are expected at work. The result is that farmworkers live in a state of constant uncertainty over how much they will earn and when they will work, leaving them unable to plan for the future.

Guestworkers have been the second major source of contention. Since the first Bracero program in the United States, guest workers have long earned the ire of migrant workers already in the country. Not only do guest workers take away work, but they also are a disposable workforce that undermines the labor struggles of farmworkers. For Familias Unidas Por La Justicia, the arrival of guest workers has already meant less work, particularly for young people who were told they were no longer needed because of the new workforce.

There have been some small victories. Lopez has been rehired, wages have gone up slightly, and youth received $6000 worth of back pay from wage theft during the strawberry season. However, many of the workers have been employed at Sakuma for over a decade, and know from previous work-stoppages that any small improvements will be reversed next season if they do not secure a lasting contract.

After negotiations collapsed last week, Familias Unida Por La Justicia authorized a boycott against Sakuma Brothers Farm products, which include strawberries, blackberries, and blueberries. The farmworkers are hoping that such an extreme measure will encourage the management to bargain in good faith. If they don’t succeed, however, the boycott may extend to other brands that Sakuma sells its berries to, including Driscoll’s and Haagen-Dazs.

For all those who care about what we eat, the labor dispute at Sakuma opens an opportunity to think not only about where our food comes from, but who grows it.

Farmworkers are among the lowest paying jobs in the United States. Indeed, a recent report by the Food Chain Workers Alliance demonstrates that all those on the front-lines of our food chain are paid poverty wages. The farmworkers join a chorus of workers, whose voices are only growing stronger, to demand fair wages for all those in the food chain.