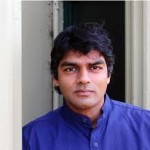 This post is part of a series of posts covering topics related to CAGJ’s new book, “Our Food, Our Right.” The author, Meagan Nelson, is the Publicity Coordinator at Community Alliance for Global Justice and has a background promoting liberal causes, working in communications and outreach on campaigns for Seattle City Councilmember Jean Godden, Washington State Governor Jay Inslee, and President Barack Obama. Nelson is studying  Communication, Law, Economics and Government at American University and aspires to make the sustainable food movement and its related health and environmental benefits an active political issue in American lives.

Does your favorite restaurant care about the well being of its workers (and you?) Our Food Our Right  (OFOR) contributor Raj Patel recently wrote an article in the Huffington Post about shocking behavior in the food industry. Many major fast food chains in the United States have been secretive about the fact that they are engaging in forced labor and exploitation of their workers, severely underpaying them and placing them in harmful working conditions. One of the reasons why companies might do so, according to Wendy’s CEO Emil Brolick, is the cost. Sadly, Wendy’s is not alone in worker mistreatment.

Food Industry powerhouses like Hershey’s and Starbucks have been accused of just the same. Fortunately, however, a program called the Fair Food Program has been introduced, in which a zero-tolerance policy is proposed for forced and child labor,  and there are better working conditions, increased wages, and education programs about farmer rights and responsibilities. Several other major food corporations, such as Subway, Taco Bell, Burger King, McDonald’s, Whole Foods Market and Bon Appetit have gladly become participants. When corporations are not even willing to treat their own workers with respect, the ability to put their customer’s best interests to heart is seriously questionable.

Labor issues within the food industry is a prevalent issue in our food justice community. Author Saru Jayaraman, keynote speaker at CAGJ’s SLEE Dinner, and founder of the Restaurant Opportunity Center, will speak about her efforts to unite members of the Food Service Industry.

Jayarman is a well-known activist for low-income workers, fighting for the fair food and equal economic opportuinity causes that social justice “rock star” and OFOR Contributor Raj Patel identifies as vital to local and global health.

To learn more about fair food and justice in the food industry, Check out CAGJ’s Facebook for info on upcoming events!