By Courtney Lawson, Food Justice Project Intern
April 24th was an Easter Sunday, but that didn’t stop the spirits of the CAGJ enthusiasts who ventured to Cascadian Edible Landscape’s property in South Seattle. Michael Seliga, founder of Cascadian Edible Landscapes (CEL), and his wife Stephanie (the program manager of the Just Garden Project) were the leaders of the Teach-Out, teaching us about their organizations and helping us CAGJ volunteers understand their drive behind their hard work. CEL does all sorts of landscaping projects, such as composting, irrigation, urban farming, pruning, & consultations, pushing for people to make their lands edible, but CEL also donates plant starts to great causes- such as the Just Garden Project, where low-income communities can have the opportunity to garden in their neighborhood. Michael and Stephanie are an example of an exemplary couple who work together (and separately!) to do revolutionary work for our communities. They both want to change the way people get their food- encouraging sustainability and the triple bottom line- people, planet and profit. Their work is driven by their hearts, as Michael and Stephanie strive for social justice and equality for everyone.

The CEL property in South Seattle is a very large lot in a residential neighborhood, with two big greenhouses set up behind a vacant house. Michael was lucky enough to get connected with a man who agreed to rent the land cheaply, if they helped clean up the property. What better way to clean up a property than to make it edible!? So, the volunteers got to work! CAGJ’s volunteers helped clear a space for another greenhouse, as CEL has a growing demand. We helped move piles of wood, removed blackberries, and helped measure the space for the new greenhouse. By the end of our hard work, the rain had died off and we had all broken a sweat! Ready for a break, we all had a lunch around Stephanie’s fire, and had a lovely discussion about food justice and community. As we were talking about how urbanization has forced us into thinking creatively about how to grow food on our diminishing land, one of Michael’s clients came to the property to learn more about CEL.

The family needed some ideas for edible landscaping at their new home, so Michael gave us all a tour of the greenhouses. He gave the family ideas about what to plant in the shade, and they headed off with a blueberry bush! The rest of us finished the greenhouse tour, observing the plethora of plant starts, feeling excited to garden ourselves! Thanks to Michael, we were all lucky enough to have the chance to bring some plant starts home! Although it was time to leave after our greenhouse tours, we all left the property inspired to make our lands more edible, encouraged by the love and compassion of Michael and Stephanie, and excited to spread the word about such a fascinating organization. Time to reward ourselves with our Easter goodies! 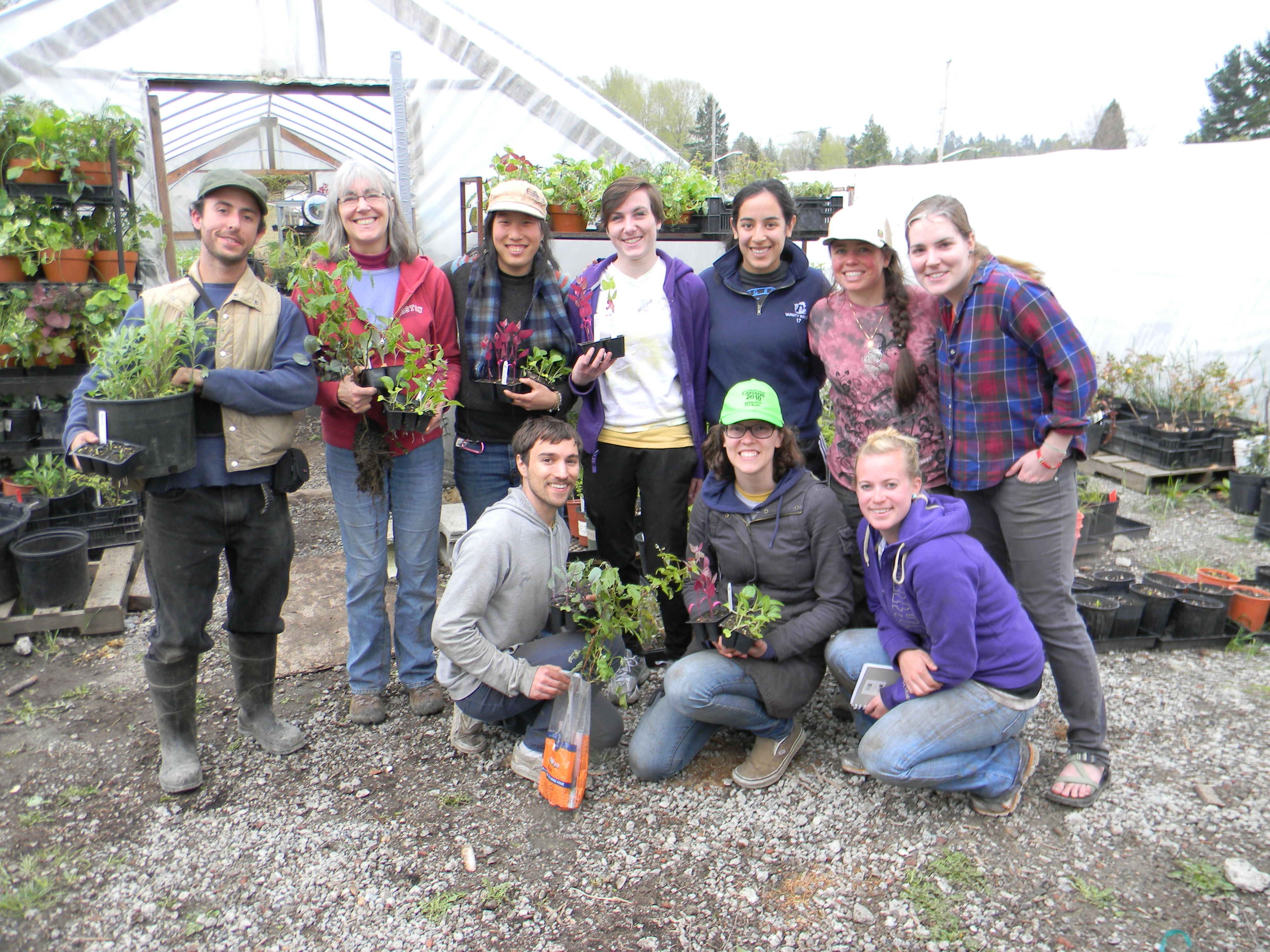